HomeFootballYuri Semin: “locomotive” for me – not home

Yuri Semin: “locomotive” for me – not home

The head coach of the Vice-Champions of Russia during the Spanish training camp gave an extended interview to the YouTube channel Nobel. Here are the most interesting parts. 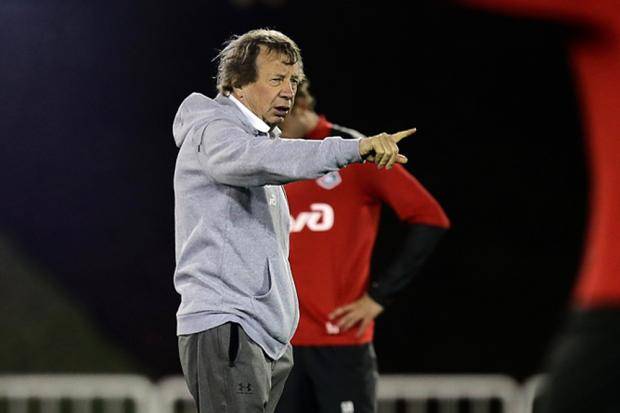 ABOUT LOVE OF MARBELLA

The perfect place to prepare the team, and generally for the fee. Marbella stunning climate. Near the ocean, the white sand beaches like in the Maldives. And a lot of friends. Not only from Russia. Periodically Fabio Capello looks, Vicente Del Bosque…

ON VACATION IN SLOVENIA

This winter I decided to go there to deal with health. Drinking mineral water three times a day, walking, eating right. Sometimes the body had to be cleaned. Slovenia is an ideal place for this. In local waters a lot of magnesium for the heart muscle healthy. Health should never be forgotten. At any age. Not necessary to save it.

– Always pay attention to style clothing. But hours large does not give. I have a lot of them, but mostly from friends. In Kiev “Dynamo” on every birthday Surkis brothers gave the clock. The most expensive? About 100 thousand dollars.

– Can I call Lokomotiv home? No, you can’t. From home are not expelled, but I had to leave several times… But still, this is the most important part of life. And the most important achievement – not the medals and trophies and the respect of the fans. In the 90s at “Loko” went 200 people, and now often a Packed stadium stuffed. So, not wasted so much work, given so much effort.

– With the Board I have a working relationship. Do you have a feeling that I want to drive? Can’t say that. There are people who make the decisions. My contract is valid until summer. And then all the result will depend on the situation. I will accept any decision.

– Valery Nikolaevich, we always communicated. And when I was lifting the club from scratch in the ‘ 90s, and when we parted ways, and now, when Filatov again refers to “the locomotive”. It is important that our conflicts, if they arise, never went to the detriment of the club. Football was paramount.

– I had a different understanding of football with Olga Smorodskaya and Ilya Herkus. With Vasily Kiknadze views, too, can now not match. But that’s okay. It is impossible to agree. And I do not want anyone to intrude. I need a “locomotive” – will offer a contract, don’t need not offered. That’s life.

– “Krasnodar” – a unique project. Sergey Galitsky gradually, step by step, brought to life his dream and continues to properly develop the club. I think they built the perfect interaction between management, breeding services, and coaching staff.

– I think Eugene Lenorovitz – best football Manager in the history of Russian football. He started from scratch. Everything is built. First invested the money, now found an influential sponsor. What was the need to exit CSKA to the next level. You can see what is happening in Europe, in a world which revolves around money transfers. So the arrival of the web smart move.

ABOUT THE BEGINNING OF

– What have I done to Alexey miranchuk not moved to the “ruby” a few years ago? Methods do not reveal. Talked with my mom, and with the player, a lot of people. Used to fight to the end, but most importantly – he Miranchuk won, left in “the Locomotive”. Like his brother Anton. Today it is important players not only for club but also for the Russian team.

And I don’t like this question: “locomotive” offers Miranchuk for sale. They do not need anyone to offer! It also lowers the price. When the player himself wants to leave, will manifest themselves as what they are interested in a serious club for him to come and offer big money. It’s simple.