HomeФутболZenit need strengthening. What is missing for the Champions League

Zenit need strengthening. What is missing for the Champions League 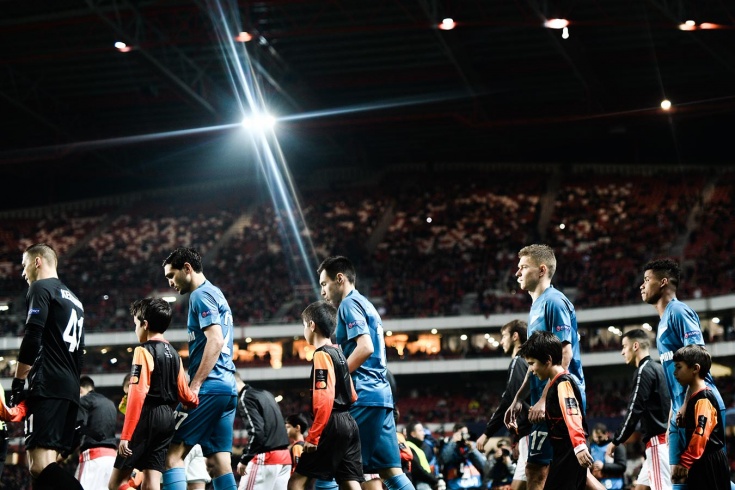 Somehow we have become accustomed in recent years that “Zenith” the deepest team in the RPL. From that day, as Sergei Semak led the team, reducing the core holder was for him no less important than the selection of newcomers. In every transfer window of the Petersburg club left more players than came. The coach gave the result – the loss was not noticed.

It took five transfer Windows to Semak felt staff shortage. Although it’s still hard to believe. First and foremost rivals blue-white-blue. For example, the General Director of “Lokomotiv” Vasily Kiknadze, talking about more convenient for “Zenith” the calendar brought as argument the depth of “the bench”.

“Zenith” does not complain about the calendar? It affects the benefit of their budget. In my opinion, no coincidence that our match with Zenit in RPL is the last game Aug. The idea is that we come to it exhausted. But that anger no one has yet canceled, so we’ll see what form we will. Peter definitely easily not be with us… we Have the possibility of rotation less. And the calendar, perhaps even better, there are more home matches, as indicated by colleagues from the League. But I think that in this case, rotation is a key factor”, – said Kiknadze in his interview for “Sport24”.

According to Kiknadze, he has not studied the request of the competitor in struggle for gold medals. We will remind, in the summer from Zenit left Branislav Ivanovic, Igor Smolnikov, Emanuel of Mammana, Oleg Shatov, as well as rented until the summer of 2020 at the “Port” Yordan Osorio. The future of Venezuelan still in the fog – Petersburg, he left. Not returned in “Zenith” from “Sochi” Alexander Kokorin. In addition, at the start of the season Semak cannot rely on the Daler kuziaev’s, whose contract with the Russian Champions expires. Have kuziaev’s got a proposal on the extension of cooperation, but the midfielder is waiting for invitations from abroad. I do not get to go in the top League of Europe – will remain in the blue-white-blue.

High probability that “Zenit” will say goodbye and with emiliano Rigoni. After all, if the St. Petersburg club still agree with Porto on redemption Osorio or take other foreign Central defender, the Argentinian will become superfluous, the ninth footballer in the application. Meanwhile, the Champions of Russia only one newcomer Dejan Lovren from Liverpool.

This season’s calendar because of the circumstances is indeed very hard, if not cruel. Due to the late start of the season the team will be forced to play two games a week first in the RPL, and then because of European competition. To withstand such a schedule, we need two more or less equal composition (two-three goalkeepers and 20 outfield players), especially considering that now any team risks to remain not only without injured players, but quarantined due to the coronavirus. Zenit have some positions to date duplicates of young, inexperienced players who are hardly ready to give the result “here and now”.

Go over the request of the champion. The goalie line is equipped with decent – Andrei Lunev was out due to injury, but there is Mikhail Kerzhakov and Alexander vasjutin. In Central defence pair Dejan Lovren – Yaroslav Rakitskiy supplements only Danila Prachin. Remembering that in the Champions League press conference on the situation passed to game in three Central defender, we conclude: this is the first position for emphasis.

Right side of the defence will close Vyacheslav Karavaev and Denis Terentyev (however, worried that he and “Ufa”, being in rent, hasn’t played many), left – Douglas Santos, Daniel round , and Yuri Zhirkov. On this flank even too much from the point of view of competition, although you can use Zhirkov in the midfield.

In the center of the field behind the Wilmar Barrios and Magomed Ozdoev are some young Leon Musaev and Daniel Simkin. Zenit for the Champions League just needed Central with good passing ability, can become a link between defence and attack. The wings equipped, at first glance, completely: malkom and Sebastian Driussi – based, Alexey Sutormin and Andrew Mostovoy – changers.

In the line of attack, in fact, only two Artem Dzyuba and Sardar Azmoun. When they play Semak used in a group attack Alexander Yerokhin and Rigoni. If the Argentinian leaves, the life force Zenit to look for a striker with a Russian passport to the rotation. If Erokhina return to the middle line, then all you will need two new strikers.

Semak correctly calls the positions that would like to strengthen. Limited by the phrase “the user knows my wishes.” However, do not have to be a coach with the category Pro to guess what they are talking about a coach with the sports Director Javier Ribalta and CEO Alexander Medvedev. By the way, Medvedev before the signing Louren called the transfer target. “We will have point gain – no more than three or four players,” said the head of the “Zenith” in an interview with TASS.

Thus, until mid-October when the transfer window closes and starts the group stage of the Champions League, “Zenith” should appear two or three players. At least as much need. Provided that the Russian Champions will retain Sebastian of Driussi, Serdar Azmun and Wilmar Barrios that are of interest to foreign clubs.