HomeFootball“Zenith” all-taki has returned Rigoni, and “Sochi” got Kokorin! All transfers RPL

“Zenith” all-taki has returned Rigoni, and “Sochi” got Kokorin! All transfers RPL

The table of transitions RPL

In the last two weeks, as they parted ways with midfielder Robert Mak, who as a free agent went to the Turkish “Konyaspor” and Rigoni returned from loan at Sampdoria. “Return Rigoni associated with the departure of Mac, the position is vacant for him. Was able to get it back, and we took advantage of it. How did he react? Players always want to play and get more playing time, he went for it. But not always everything goes as we want or players. We look forward to his return. I hope he will help us”, — said Sergei Semak.

“Krasnodar” has acted in the transfer market is not very active. At the end of January, the bulls only officially announced that “mladá Boleslav” bought out the contract of defender Alexey tataeva. All last season the young player spent on loan at the Czech club. In the “Boleslav” the defender has gradually staked a place in the first team, so to return to the “Krasnodar”, in which he played only one match, apparently, did not want to.

This winter the band had been looking for a third goalkeeper. At the training camp with the team Karpin trained and played Egor Sedov from the youth team “Dynamo” and Maxim Rudakov from “Zenith 2”. The coaching staff of the yellow-blue more liked the goalkeeper pitertsev, so a few days later after returning from Qatar “Rostov” has announced the signing of goalkeeper. The last two years, 24-year-old has spent in rent in “Hike”. For the Finnish club he played 77 matches in which conceded 75 goals. 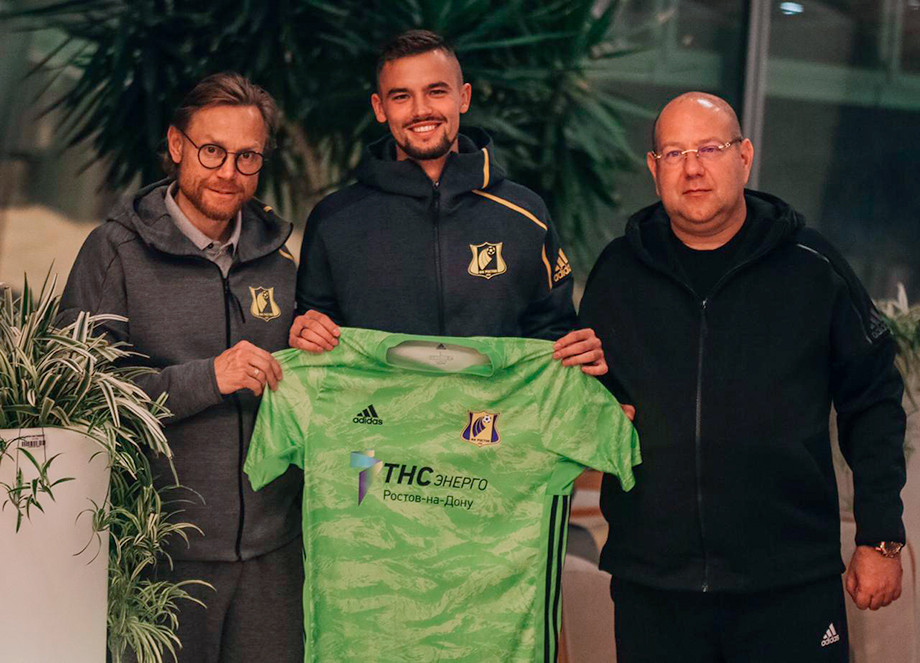 In early February, in the location of CSKA arrived in Barcelona two newcomers: potential – winger “Chertanovo” Kirill Kolesnichenko and full – defender Nikita Kotin. While the midfielder proves his aptitude “CSKA”, the former defender of “Wings of the Soviets” Kotin already being developed in the new club. According to Transfermarkt, is a 17-year-old player of defense of the red-and-blue paid the samarians 130 thousand euros.

In late January, the railwaymen pulled off perhaps the biggest deal in Russia in the current winter transfer window. Over 600 thousand euros Lokomotiv gave Smolov for rent in Spanish “Salto”. To find a replacement Fedor Moscow club is not in a hurry. Although they should be: at the disposal of Yury Semin there was only one Central striker Eder. Djordjevic and Farfan hasn’t recovered from injury.

Arsenal loaned Romanian striker Alexander Tudorie. Until the end of season striker will play for the club, “Voluntari”, which moved to Russia. “Striker helped us in one of the first matches of the championship Samara scoring an important goal. But, unfortunately, in this match Alex got injured, was out for a long time, and then was unable to return to the previous level. Now, together with him we came to the conclusion that at this stage it would be expedient to return to his old team,” said sports Director of Tula “Arsenal” Andrey Rudakov in conversation with the correspondent of “Championship” Andrey Pankov.

To replace Tudorie the club from Tula took 22-year-old forward of “Avant-garde” of the Novel Minaev. The rookie has signed with Arsenal a contract for 2.5 years. In addition, the gunners loaned 22-year-old defender Artem Falcon. In January, a young player back from the Norwegian “Tromso”, and in February went to a new club.

Over the last two weeks, “Ufa” marked by a transfer of Oston urunova. The contract 19-year-old midfielder of Uzbekistan national team Russian club bought from Lokomotiv Tashkent. The amount of the transaction were not disclosed, however, according to Transfermarkt, the Ufa has paid for the midfielder, EUR 200 thousand. At home Oston is considered a rising star. In 2018 he was named the best young player in super League Uzbekistan.

23-year-old Nikolai obolski, summer returned to “Dinamo” from rent in Sochi, this season for the blue and white never played. Therefore, the experience and regular playing practice “Dynamo” sent forward “Nizhny Novgorod”. Until the end of the season, Nicholas will help the club from first division to cling to the area of the joints.

Just like Dynamo with Obol, the Ekaterinburg club has done to his defender Nikita Chistyakov. In this season, the 19-year-old only played for the youth team of “Ural” and “Ural-2” in the PFL. Now he has to speak on a more serious level. Until the summer of 2020, he will play for the “Seagull” in Germany.

The Moscow club signed the forward of “Wings of the Soviets” Alexander Sobolev. While it is only on lease until the end of the season, but red-white have the right to redeem the contract of the player. According to the striker, in the winter he could move to England, but the deal eventually fell through.

“There was a variant with England. There was all resolved, just for these two days (before transition in “Spartak”. – Approx. “Championship”). Waited for news, but nothing was decided. Immediately flew to the collection with “Wings”.

In my opinion, was the “crystal Palace” and one more team I don’t even know what. She was at first, and the “crystal Palace” came later, when I was on camp with the “Wings”. Waited with a work visa. As a result, the transfer prevented that I have no matches for the national team. Are unable to prove that I could play regularly for the national team in the near future”, — said the striker. 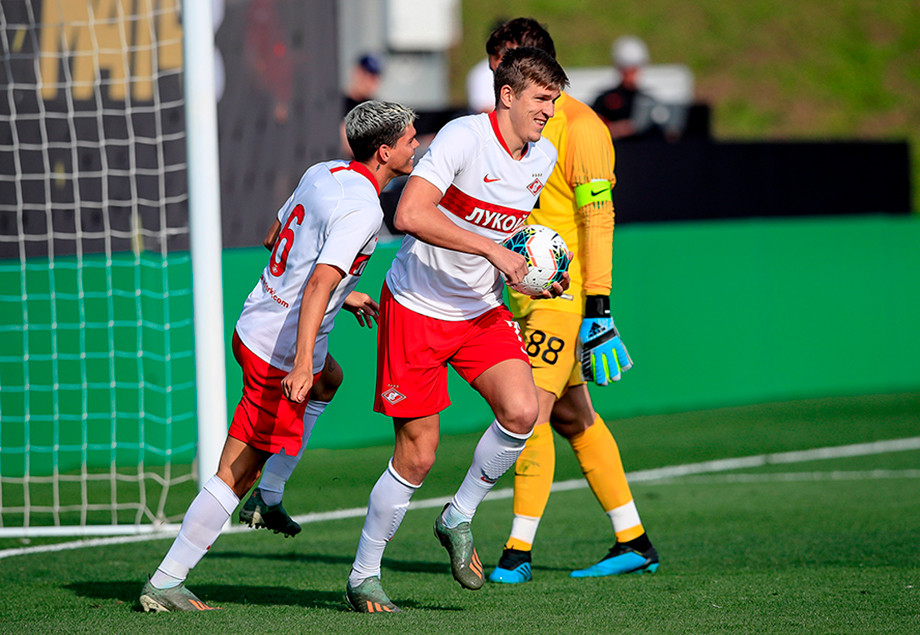 In February, tambovchanka serious vulnerabilities. At first they rented the defender Sochi Igor Yurganov – in “Tambov” 26-year-old will stay until the end of the season. Then signed the Ukrainian left-back Oleksandr Kaplienko on a free agent. With the newcomer “Tambov” signed a contract for 2.5 years. Earlier, 23-year-old player played for “Dinamo” Tbilisi. In addition, it became known the fate of the former winger of the club Mohammed Usman, with whom tambovchanka said goodbye in early January. The Nigerian became the player of “Shakhtar” from Karaganda.

In the last two weeks of the Grozny club only gave their players. Returned from lease in the Circassian inter midfielder Ayub Bazuev on a free transfer moved to Kazakhstan Taraz. The Polish winger of Conrad Michalkathat for six months and failed to gain a foothold in the first team of the Grozny, was sent to Turkish of “Ankaragucu” to the end of the season. Also in rent paid and midfielder Michael Gusenkova. Until the summer of 2020, he will advocate for “SKA-Khabarovsk”.

The Kazan club continues to operate nearly the most active in RPL in the transfer market in the winter. At the end of January “Rubin” rented before the end of the season is Central defender Portuguese Braga and Pablo Santos, and several days later signed a lease contract with the midfielder “Aalborg” Oliver Abildgaard. From Kazan it also will act before the next summer. Soon a player of “Rubin” can become and Dmitry Tarasov. The midfielder is now training with the team at the training camp in Turkey. Beka Mikeltadze and Nikolay Kipiani, who previously said goodbye with the Kazan club, went to Volgograd. Striker and midfielder rented until June 30 “Rotor”. 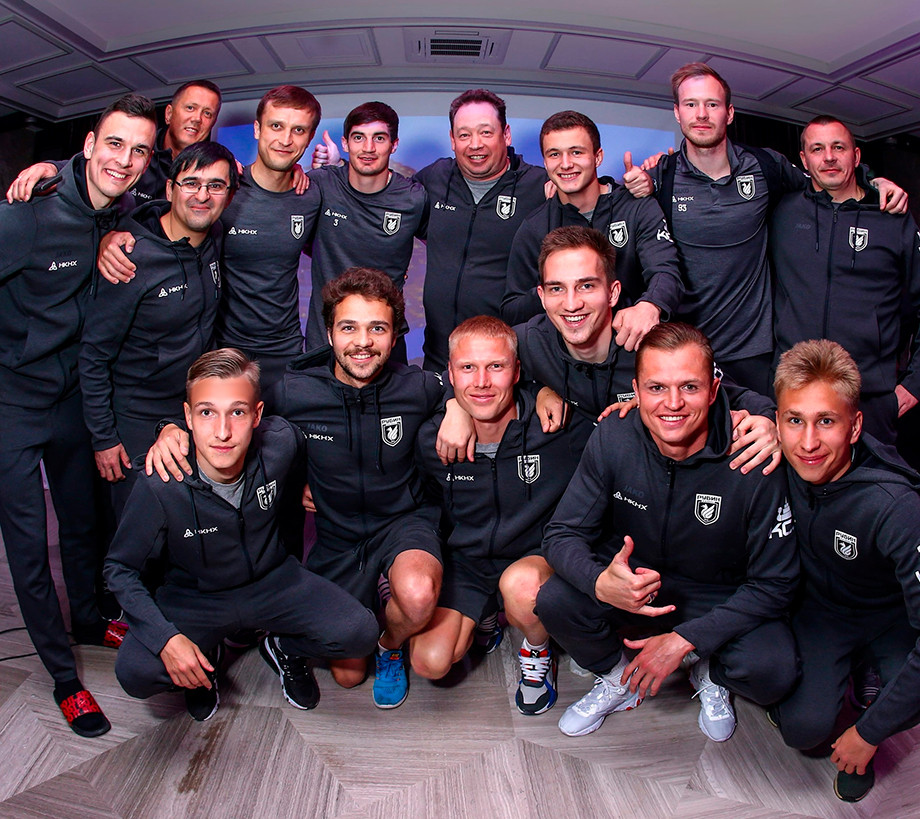 The club in the last two weeks of the transfers did not commit.

“Wings Of The Soviets”

In addition to Sobolev, “wings of the Soviets” loaned until the end of season three more players. The next six months, defensive midfielder Denis Yakuba will play for the “Chertanovo”, the attacking midfielder Radu Gînsari the Israeli “Hapoel Ironi” and midfielder Gennadiy Kiselev – “the Rotor”. In turn, the composition Samartsev joined by four players. “Wings of the Soviets” has signed a contract with the defender of Algeria, speaking earlier in Rennes, Mehdi Zeffane, Central midfielder of FC Zurich Denis Popovic and goalkeeper “Sochi” Evgeny Frolov. In addition, attacking midfielder of “Zenit-2” Sergey Ivanov samarians rented.

In February, Sochi is not only said goodbye to goalkeeper Evgeny Frolov and loaned defender Igor Yurganov, but finally concluded the strange and loud deal in RPL – owner Boris Rotenberg announced that it has agreed with Alexander Kokorin on the move to Sochi. “Yesterday I met with Sasha, we talked to him and held talks. He needs to play, to get to Russian national team. Agreed that the spring part it will hold in “Sochi”, — said Boris Rotenberg.